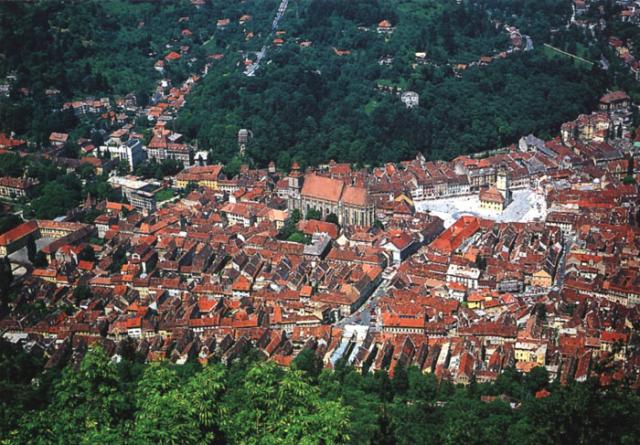 Out of all the overseas relationships SKCC has built up over the last two decade, Romania is the country most visited by mission teams. With ages ranging from 5 –76, well over 150 SKCC people have taken part! Some have only been once, but many have felt the need to return again and again given the opportunity. Our main connection is in the area around the city of Brasov.

Over the years we have built up strong relationships with a number of churches and organisations. There are four main organisations we work with:

ACA works with the very poor and the gipsy community in the area surrounding the village of Vulcan (18 kilometres from Brasov). Their biggest objective is to bring people to a personal knowledge of the love of God. They are involved in many community projects including a canteen which feeds poor children - one meal a day, five days a week. All that they do is covered by prayer. Most of their support both financial, and in aid, comes from the UK. The aid is packed and sent out by lorry from ACA’s UK base in Devon. You can find out more by visiting their website: www.rorahouse.org.uk/romania

Diaconia is a Swiss charity based in Brasov and is a Christian organisation providing practical support to children, families and people in need. A main focus is to invest in the education of underprivileged children by running kindergartens and after school clubs where children from illiterate families can be helped to catch up with their more fortunate school mates. The team at Diaconia believe that the poverty cycle cannot be broken while children remain uneducated. As well as attempting to meet their educational needs, they also teach them personal hygiene and other practical things you can read more by visiting www.diaconia.info/ro

– Originally founded in Brasov and run from the UK, Hospices of Hope is now the leading palliative care charity in South Eastern Europe.  Originally, only working in Brasov (Hospice Casa Sperantei) and its surrounds, there is now a hospice in Bucharest and they also provide palliative care in other Bulkan countries.  Hospices of Hope treat patients in their own homes and offer respite care via in-patient units. One of their roles is to educate health care professionals from Romania and the surrounding countries. For more information you can go to: www.hospicesofhope.co.uk

This charity was founded and is run by a Romanian businessman and his wife. It consists of two kindergartens, a home for the elderly, a shelter for pregnant girls and 3 family houses for abandoned children. Each house is home to 8 and a set of house parents.

About 22 people live at the care home (just women at this time). In order to live in the home they must have no family to care for them and no resources of their own. They are allowed to live there free of charge. This charity receives no regular support and is mainly financed by the founder’s business.